Based on the romantic and beautiful novels by Sylvain Reynard, a film adaption has finally been made by PassionFlix, and honestly? I was pleasantly surprised.

I decided to read the trilogy when finding out that Dante was practically a character itself in the stories. I fell in love with him and Beatrice when I was only six years old thanks to my grandmother who read his works for me instead of actual bedtimes stories that were more suitable for kids, something that I’m extremely thankful for.
I fell in love with his poetic writing and beautiful description of love, so reading a romantic novel where he was mention and quite a huge part of was simply a must for me.

After The Protector though, another movie adaption of the novel with the same title by Jodi Ellen Malpas, I had lost all my faith on the site. It was cringy, awkward to watch, and I couldn’t find myself to enjoy the film because of the bad writing, and I am not going to get into details on the visual, sound, and acting because it was all bad.
However, this one was fantastic, it was everything a fan of the books wished to see, they brought not only the story to life, but they also delivered the most memorable parts from the book and made it so damn good. Every scene brought back every amazing feeling that I had when reading the novel, I remember not being able to put the book away and here I couldn’t close my eyes for a second because I didn’t want to miss anything.

The setting was just how I imagined it in my head with the classical music and they couldn’t have found a more perfect actress to play Julia.
Melanie Zanetti was exactly how I visualized Julia – the Bambi eyes, the petit body figure, her long hair, even her gestures were soft and beautiful, her profile was gentle and delicate, it was great.
Him, look-wise yes, he is hands down the professor, however, I don’t recall from the books him having a thick Italian Accent? Though it bothered me, his acting made up for it – he had nailed the seriousness, the short-tempered, and dominance that the character holds. Brilliantly if I may say so, I could even see him as Gideon Cross if a movie of those books were made as well. He was like an Italian Henry Cavill, plain gorgeous.

The movie was great and I cannot wait for the 3rd part, I can even stretch it and go as far as saying that it was better than the first Fifty Shades adaption – considering that Fifty was made by a gigantic house like Universal, proving that a large budget means nothing without the talent. Kudos to everyone behind this, and thank you for creating it.

The actors here lived up to the description in the book, great script, visual, sound, and they truly stuck to the books.

If you’ve read the books, I am certain you will love it, if you haven’t, you will enjoy it as being a beautiful romance worthy of your time. 6,5/10 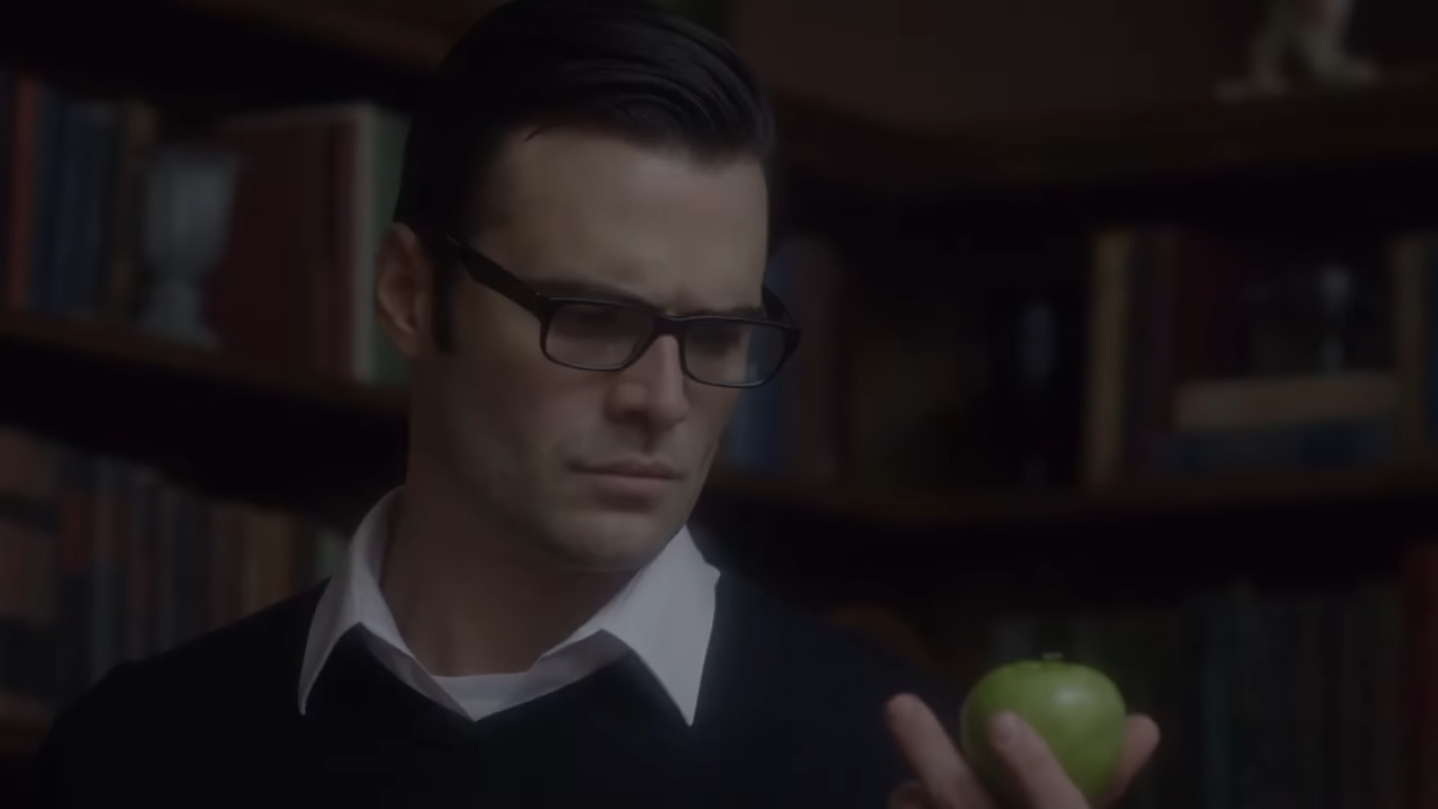 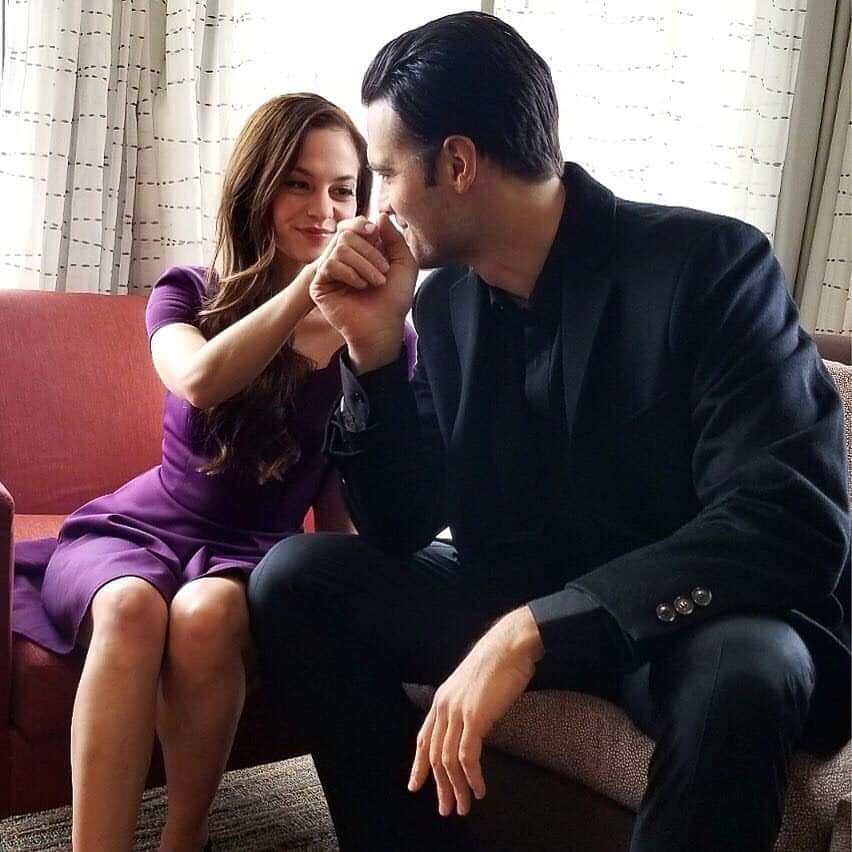 This writer has once again made my heart wrapped itself around one his works, refusing to let go. Now, I just need to get my hands on the rest of The Florentine series which includes The Prince, The Shadow, and then The Roman.

At first, I couldn’t imagine him enter the core of my being with another of his work, and I was pretty sure he’d used the full capacity of my heart with Professor Gabriel, thinking there was absolutely no room nor interest for some other man, boy was I wrong.
The Prince sure as hell managed to crawl underneath my skin, and get comfortable in both there, and my heart.
Each page made me more eager than ever to read more about this beautiful creature, William York.
I was becoming obsessed, completely addicted to each and every chapter, holding my breath as I was wondering what would happen next.

It’s thrilling, sexy as hell and yet sensual at the same time. So far, after all the books I’ve read, only Sylvain Reynard has the finesse of making erotic scenes sound poetic, passionate, and beautiful. It’s lovemaking at its finest, each word and detail surrounds you and transports you into that very scene.
At one point, I was so into it that I was pretty damn sure The Prince was whispering his words into my hearing, and not someone else’s.
That is what I love about this author, the details, that matters the most to me when reading, there’s no part where you have to wonder or be lost.
It’s exciting, you get a chapter from each of the main characters, which is amazing. His passion for writing shines through each page, and I love that!

Sylvain Reynard has become a huge favorite of mine, he managed to take one of my favorites which are Italian art and poets and create these extraordinary books. His works are made for me, being the lover of everything Italian that I am. I was more thrilled than ever when I read about Dante in his Gabriel’s Inferno series, and then having The Raven set in Florence, a city I visited last year, and it’s was like a throwback when he mentioned some of the places I had already visit, made the story sound even more real.

I spent hours at the shop at the Uffizi Gallery, I bought a mug, a pen, a painting of Primavera and Birth of Venus that I have perfectly placed on my make-up table.
And, I also have a book with all of Botticelli’s work that was a 24th birthday gift from my mother. One of my walls has a stunning image of Dante and Beatrice by the Ponte Santa Trinita – by Henry Holiday. So, if Reynard continues to write like he has done so far, he has a loyal fan until I take my very last breath.
His work continues to be one of my inspiration in writing.

If you enjoy supernatural beings, thrilling love that creeps up your spine in the most pleasurble way ever, I strongly recommend The Raven. 6.9/10

”Raven Wood spends her days at Florence’s Uffizi Gallery restoring fine works of Renaissance art. But an innocent walk home after an evening with friends changes her life forever. When she intervenes in the senseless beating of a homeless man, his attackers turn on her, dragging her into an alley. Raven is only semi-conscious when their assault is interrupted by a cacophony of growls followed by her attacker’s screams. Mercifully, she blacks out, but not before catching a glimpse of a shadowy figure who whispers to her…

When Raven awakes, she is inexplicably changed. She returns to the Uffizi, but no one recognizes her and more disturbingly, she discovers that she’s been absent an entire week. With no recollection of the events leading up to her disappearance, Raven also learns that her absence coincides with one of the largest robberies in Uffizi history – the theft of a set of priceless Botticelli illustrations. When the baffled police force identifies her as its prime suspect, Raven is desperate to clear her name. She seeks out one of Florence’s wealthiest and elusive men in an attempt to uncover the truth about her disappearance. Their encounter leads Raven to a dark underworld whose inhabitants kill to keep their secrets…” – Goodreads

Hope all of you have a wonderful day, out there chasing your dreams, think positive, good vibes only.