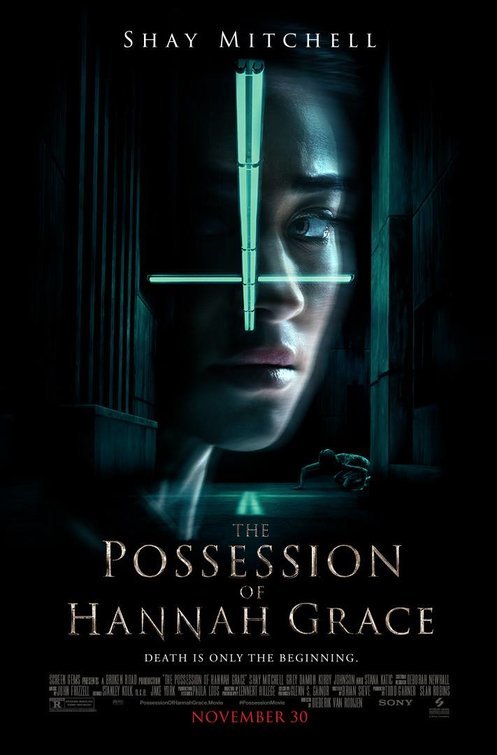 A decent mystery flick with thriller splashes to entertain your dull and slow night. A movie that’ll somewhat semi-keep you hooked and interested throughout until the plot reveals itself. A horror that wasn’t too shabby, a dark script with good horror aspects, good acting by Shay Mitchell, and some great creep factors.

Megan (Mitchell) a former cop out of rehab due to PTSD lands a job as a graveyard shift-assistant in a city hospital morgue. After several bizarre moments caused by an evil entity stuck in one of the corpses, she must now face the horror of dealing with the evil supernaturals.

The Possession of Hannah Grace is no masterpiece, nor memorable, but it was worth a watch if you’re in the mood of some cringy, crawl-creeping, and uncomfortableness for an hour and a half. With a not-so-bad writing and story and great visual, atmosphere, and sound.
However, what I disliked about it was the little slow build-up to the reveal of the plot, because not much happened at first, so for almost one hour and 15 minutes, you are just cringing, holding your breath, thinking something big will go down and nada. I would’ve loved more creep scenes in the beginning, but there is character development + great creation of scenes such as isolation and closed spaces.