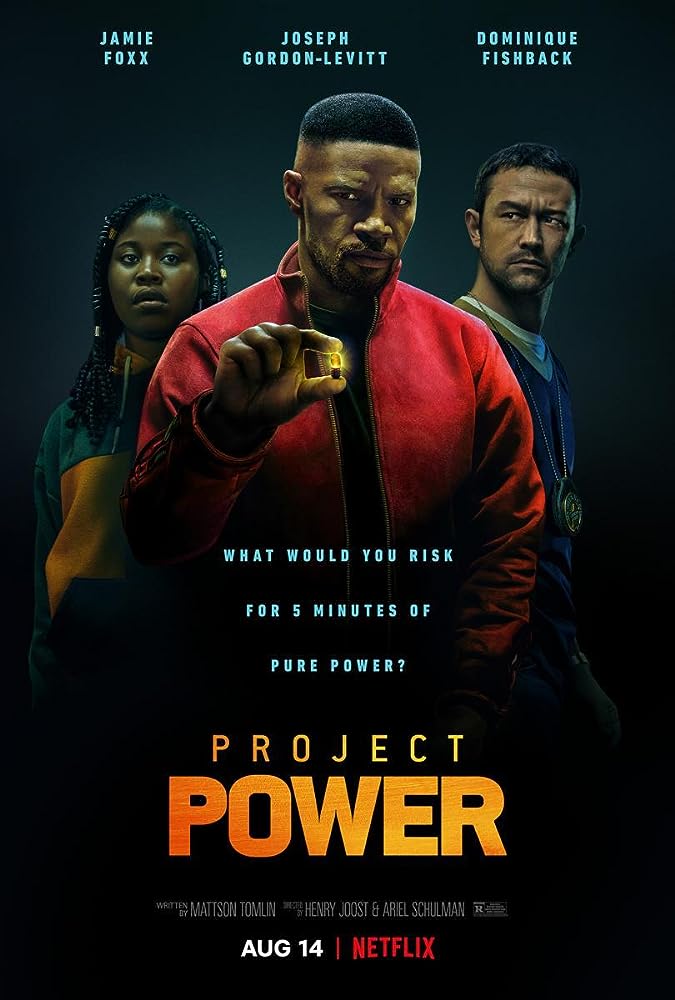 Mediocre at its best, Project Power doesn’t leave you in awe, nor will become a household favorite. With its tame script, semi great visual and sound, you’re in for almost two hours of people going after a little pill that gives you supernatural powers for five minutes. With its meh plot and okay acting, you get a somewhat half-decent and entertaining film.

It felt mainly like wasted potential, you got two great actors such as Jamie Fox and Joseph Gordon-Levitt whose talent is overshadowed by not only the writing of the story, but it’s like the cast wanted to aim the movie towards teens? They add an annoying character who goes to places she ain’t supposed to, thinks she’s super cool, etc.
+ They add a 3-minute rapping scene with this kid but shortened the action frequencies? It becomes a mess due to the bad editing.

You got an ex-soldier, a cop, and a kid who is a drug dealer teaming up on the streets of New Orleans to stop the creation of the magical pill that gives its users unpredictable superpowers for five minutes.

Not something I’d recommend, but if you’ve already practically seen most of what Netflix has to offer, then be my guest. 4/10