So I finally gave in to the social media hype that is Locke & Key.
After reading a few reviews online before actually sitting down to watch it, I got mixed and confounded feeling toward it, knowing that the only way to figure out if it was good or bad, was to watch it myself.

I now get the cocktail shake of reviews.
Some said it was brilliant, and som complained about the execution of the script, the lack of energy on the writers, and so on.
Sure the writing needed some polishing, and I do agree that some moments were frustrating, creating this massive madness and urge to rewrite it and some characters were simply annoyingly dumb.
However, that tends to be enough for me to absolutely dislike a show or movie, here I still managed to enjoy it.
I still found myself (even my fiance) hooked and grabbed by the storyline, though slightly lazy and dull at times, it never becomes unwatchable, and some people need to have a little more patience since it is based on a novel.
Adaptions hardly – if ever lives up to the actual book due to so many factors that one has to keep in mind before being such a hard judge.
That aside, it was a great, entertaining, and highly cozy tv show to watch.

Locke and Key lapses in logic, there is no common sense most of the time, they made certain characters ridiculously incapable of using their own brain, making one dumb decision after the other.
But what does holds the show throughout the episodes is the graphic and visual, stunning. In all its bad there is a slight essence of intrigue and thrill, and darkness that makes the viewer interested, I would replace the writers and add more depth to not only the storyline but also to the cast, but it has great potential.

The Locke family moves to the fathers’ childhood home after his death in an attempt to get closer to him and his past.
Little do they know that the house not only holds secrets and dark memories, but also magical keys that only if you are special enough – you’ll find but that could also be connected to the mysterious sudden murder of their father.

I doubt my review made it easier, you are just going to have to watch it for yourself and decide, I liked it, and I am somewhat excited to see what they’ll bring to the second season. 5.5/10

Director; James Gray
Adventure/Drama
2h 3 minutes
Out on Bluray
Thanks to 20th Century Fox for the copy

The seasoned astronaut Roy McBride has had his fair share of space travel and is now amazed to know that his father might be alive after considering him to be dead for a long time.
The space agency otherwise does not take lightly on interstellar warfare, they believe that Clifford McBride, Roy’s father, is behind the recent power surges that recently have created major damage on Earth infrastructure, let alone damaging humanities greatest accomplishment; The International Space Antenna, and nearly killing his own son.
Knowing that Roy would be loyal to the agency, they send him out to the moon to try to hitch a ride to Mars where he will try to communicate with his father and hopefully bring an end to the power surges.
First stop, the Dark Side of The Moon, where the broadcast will be sent to Neptune, Clifford’s recent location and it seems here that the Moon is no longer a scientific exploitation that strives to understand the planet and space overall but has become more of a tourist attraction, but I’m not shocked – somehow there’s always money to be made, even for fast-food franchises such as Applebee’s and space pirates.
I know, who would even think to allow space pirates on the Moon?
Coming to the launch pad, the Moon seems to be more rough than usual since space pirates are trying to kill you and steal your… I don’t know, metal, gold sheets, and technology?

With its dreadful script and dull visual, the movie was a sad attempt to maybe become the new Interstellar, but it became a tragic crash instead. It failed miserably, almost insulting the genre and it won’t be the next big ”space” film. 5/10

Bluray extras;
Deleted scenes
To the stars
The art of Ad Astra
Audio Commentary by James Gray
+ so much more

Well, that was a waste of time.
A new story that had both potential and quite an interesting concept, yet it failed miserably.
I had some high hopes, I guess, one has in one way or another wondered ”what if?” – debating the thought if Superman was the opposite of good? What if he was part of the dark side, not wanting to save the world and instead of helping others, actually hurting them.
Well someone thought of it as well and created Brightburn – the same story but with a twist.

Tory and Kyle, a couple unable to conceive think they’ve had their prayers heard when a child from another planet crash-lands near their landscape. The only problem, as he grows, something more sinister starts to take over his within, and instead of becoming a hero, he grows into being someone everyone around him fears.

It starts dull, slow, and dragged out – and it doesn’t get any better nor even slightly entertaining as it goes on. It missed the high suspense, the true elements of a real horror flick. Not something I’d personally recommend nor watch twice. 4/10 And that is solely based on that I enjoyed seeing Elizabeth Banks on a more serious role rather than the fun-light-hearted character she tends to play.

A mixture of good and bad, entertaining yet frustrating, annoying but somehow thrilling. The bad is based solely on certain characters and their acting plus some scenes. Regarding the characters, one in particular, who was a cokehead obviously didn’t do research or watch enough movies to be able to portray an addict, and some scenes were frustrating because bad moments could’ve been avoided.

The script itself was quite entertaining and refreshing, so was the monologues, there was a slight essence of humor which lighted up the dark, it delivers a few laughs that were well planned and put, and some part were a total nail-biter. The length was perfect, it didn’t become too long nor too dull, it was enough and they would’ve just ruined it if they dragged it out.

Grace’s wedding night takes a grim turn when following her inlaws traditions. What she believes might just be an innocent play of hide and seek turns out to be a total nightmare, and now she only has until dawn to come out alive.

Definitely worth a watch if you want a little laugh and some thrill wrapped into one mystery fest.6,5/10 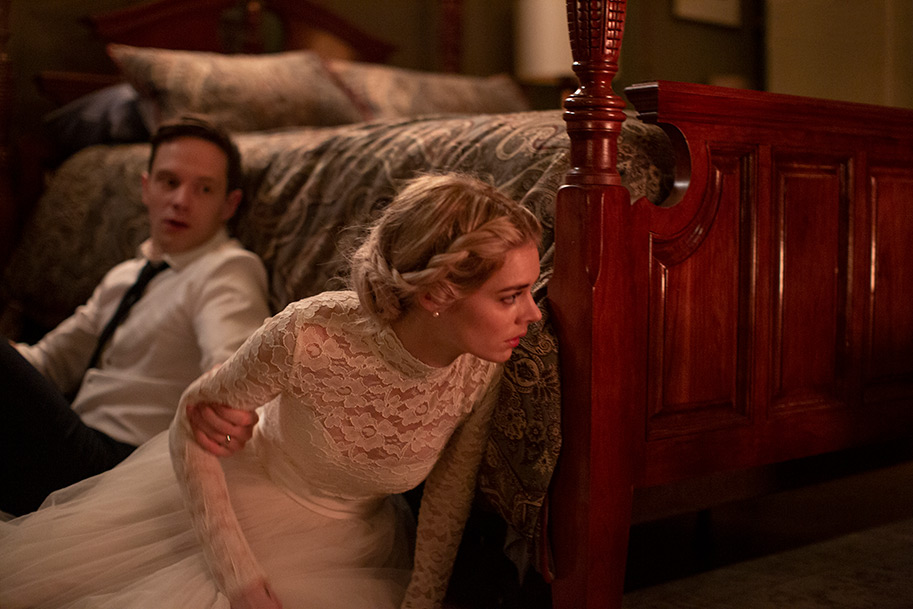 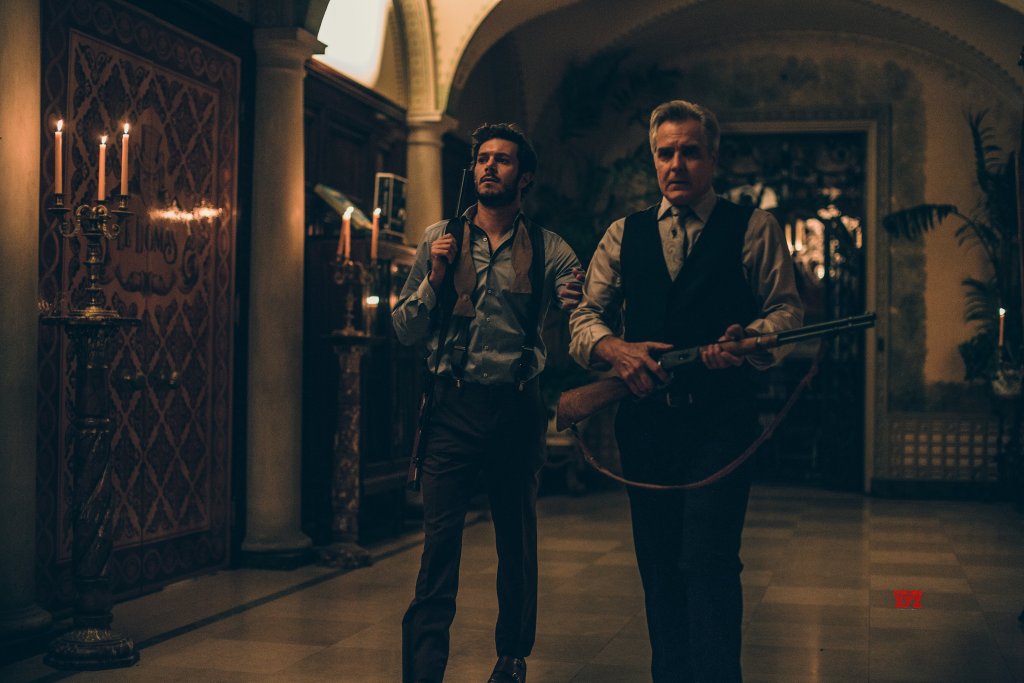 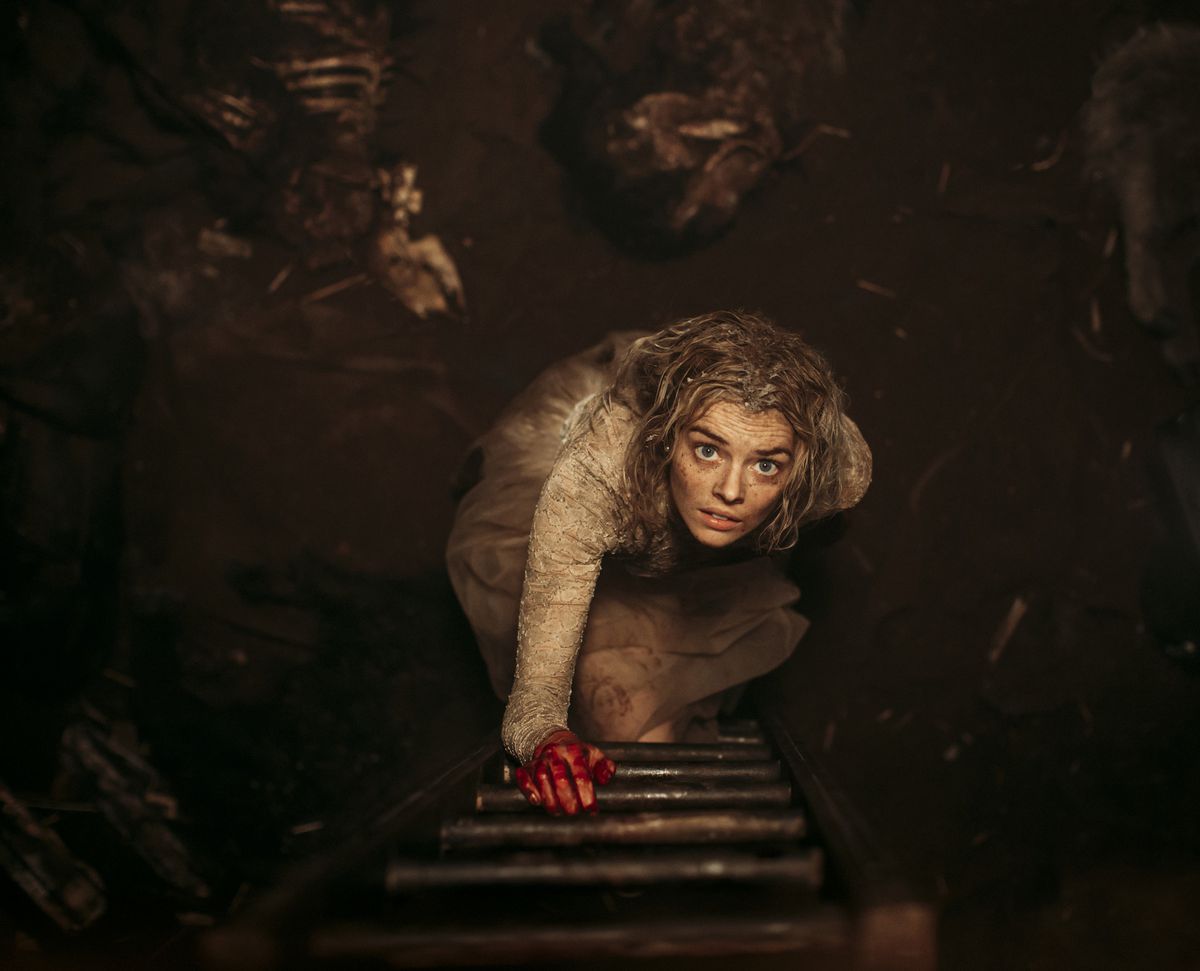 I cannot find the correct words to express my gratitude toward Norstedts, a publisher located in the beautiful Stockholm for this amazing opportunity.
Thank you doesn’t feel enough, but I am thankful for the Swedish translated copy of Grey. I cannot wait to dive right into it once again and to let my inner goddess bask in the thrilling world of Mr.Grey one more time because the first was simply not enough.

As you all can tell, I already owned the original version which is in English but I simply love comparing the storytelling, translation, vocabulary, and flow from one language to another. The review will be up once I’m done.

Note: the handcuffs, body lotion, and tea, is in no way associated with Norstedts, it was simply accessory for the picture.

GREY by Erica L James – 2016
Copy for review from Norstedts