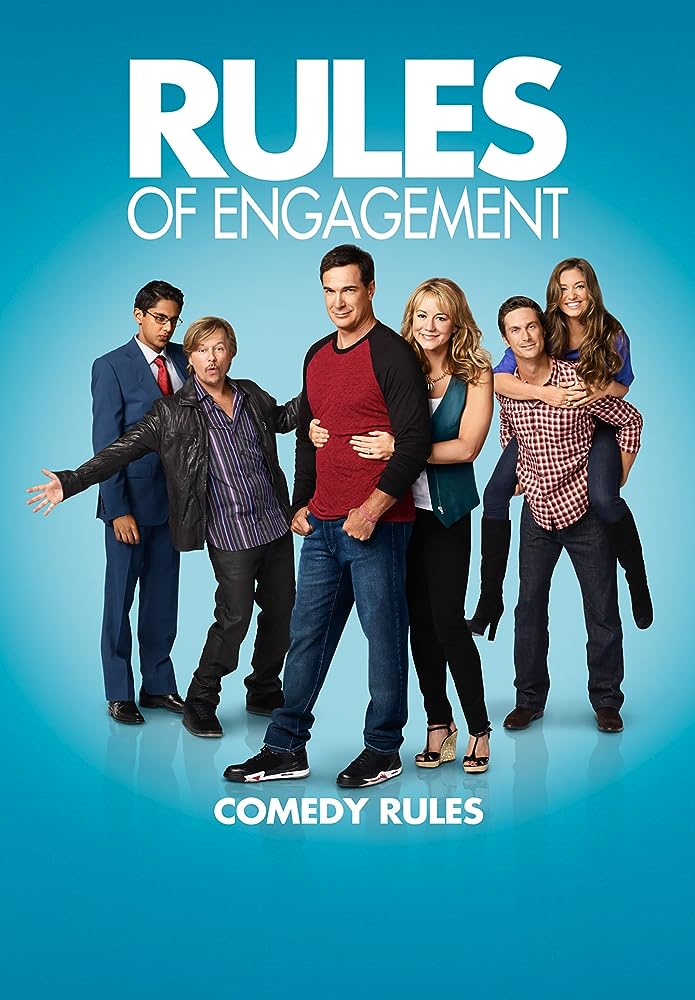 Hands down my absolute favorite sitcom! I have watched this several times over and over, every episode of every season, and I crack up every single time – just like the tv-show FRIENDS, it never fails to bring a smile on my face.
A series that is pure entertainment from beginning to end with a fantastic cast that will enter your heart and camp there for seven amazing seasons – and then, missing them like crazy once it comes to an end.

Patrick Warburton is hilarious, ”Jeff Bingham” must be one of the greatest characters ever created in a sitcom.
A wonderful role with brilliant lines that is a cocktail of sarcasm, dark humor, and ”dad jokes” with a monotone voice, never knowing when he’s being serious, excited, or even feeling low – a man I believe many in a marriage can relate to.
My second favorite is Adam played by none other than Kate Hudson’s brother, Oliver Hudson. A handsome yet charmingly dumb young guy that cracks me up with his innocence.

The show revolves around seven friends, all in different stages in life.
You got the older couple who has been married for years, the ”mentors”, the younger couple who just got engaged, the single (David Spade) rich one who never commits and his assistant, also a young single guy – all hanging out together navigating life in a fun way, bringing different issues and topics as they go along.

With smart one-liners, relatable moments no matter in what stage in life you are whether you are single, in a relationship, or married. The show shines throughout, a solid comedy worth your time! 8/10

Instead of pictures, I found a clip with some of Jeff best moments.
The first season with the cake had me laughing so hard, the ”No señor” made my life!